Tune of the day

Discussion that is not Tokai or guitar focused.

If you have never seen Greg, or J.D. play live, you owe it to yourself to go see them.

Here is an interesting one from J.D.

This tune pops into my head often, especially the opening notes...

Wow, that is a throw back. Thanks for that

The first time I saw Al play live was right at 40 years ago, with Paco & John.
They were touring is support of the 'Friday Night in San Francisco' release.
I still remember how great that show was, how inspiring it was, and at the same time I was quite taken aback.
I didn't pick up a guitar for nearly three weeks after that show; I was like, I will never be able to play like that, then I finally realized that's OK.
Another guitar playing buddy of mine that went to that show didn't play guitar for nearly a month.
I have seen Al play live at least ten times; he never ceases to amaze, delight, inspire, and shine like a brilliant star.
Al is the epitome of the Latin phrase sui generis.

Wow..... What an amazing show to catch. I wore the album out back in the day. I saw Al later with Airto. And I saw McLaughlin later open (sacrilege) for Andy Summers.

I have never been able to pick that fast or fingerpick though I do some bluegrass style flat picking. I rely more on roll offs and hammer ons for speed.

You’ve given me a reason to go back and try to figure out how they fret the notes. I can’t hope to pick that fast.

I play that album of Theirs a lot

I like that Zappa cover alot.
Also no guitar.
https://www.youtube.com/watch?v=GLB4XdkgNCI
Top

I never really liked Van Halen.... I think it was the big hair and David Lee Roth, but I recently got 'Running With The Devil' stuck in my head and went back and listened to a bunch of their stuff again.

No doubt Eddie Van Halen was an unbelievable guitarist.

I just read through his life story on Wikipedia which I found fascinating. Mixed race parents. Endured discrimination in the Netherlands. Parents moved to the US in the 60s. More discrimination after they moved to California. 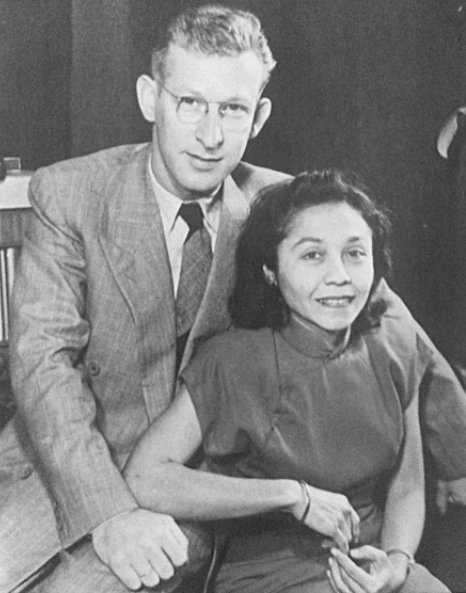 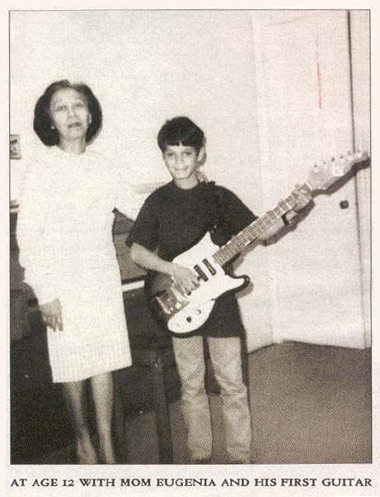 But he and his brother turned to music. His dad was a jazz pianist I believe. They formed a band in 1972?

I liked EVH talking about the tone he was after. He called it “brown sound”. And that he never read music and just improvised and figured things out.

From Wikipedia re: his “Frankenstrat”:

“The guitar had a single Gibson PAF (patent applied for) bridge pickup from a Gibson ES-335, which he enclosed with paraffin wax to prevent feedback. The Frankenstrat was originally painted black, but was recoated with Schwinn red bicycle paint in 1979.”

Just wanted to tip my hat to an amazing talent.

I like this tune. Awesome if you loop it on Apple Music or something.

If you want to see more, check out this video of him sitting down with the Smithsonian Institute.

Ed was just like everyone else, human, and he was many things but musically he was a genius, in his own right.
I enjoyed many VH concerts from their first national tour opening for Journey, and well into the Van Hager era.
Holy crap, the stories I could tell. It makes me look back on the late 1970s, to the late 1980s era with a lot of gratitude, wonder, joy, and then there is the loss; most of all I feel bad for Alex.

Then there are all of those fantastic memories.

I was at this show too

and all you need to hear is the first tune.

It’s interesting how his mind worked. How he improvised and figured out how to find the sounds he was searching for.

He talked about how he didn’t have money to buy pedals so he figured out other ways to make sounds. How he learned to fill in for missing instruments (like Larry Graham was doing when he invented slap bass).

He always seemed to be searching and not satisfied with no. And because of that he found new pathways no one had found before.

“Instead of reading a book, I wrote my own” EVH

I’m impressed with how diverse the array of sounds he produced was using essentially a bridge pickup, a tremolo, and both hands (and sometimes an electric drill).

This all reminded me of Stanley Jordan from around the same time doing tapping on jazz tunes. Also reminds me of Jeff Healey creating so many sounds with a completely unorthodox fretting technique.

I used to really not like the Eagles because they were soooo overplayed.


Classic... and a great song from their early days when they were more of a country pop band. Incredible songs with fantastic harmonies. And then they became an entirely different band with the addition of Joe Walsh and Don Felder .... wanting to move into more of a rock band. The crowning result of that was their Hotel California album and they set the bar so high with that record, that they couldn't even reach it. Their follow up album three years later The Long Run, was successful but it was grueling to put out. Infighting in the band started, drugs and alcohol, etc and then ultimately their demise. Felder wrote a great book called Heaven and Hell: My Life In the Eagles that really shines a light on the band during those years.
Top
Post Reply
2150 posts