Thanks, I did buy it. According to Peter Mac's book silver stars were never offered in LPB except through special order and he has only ever seen one.
Top

That’s interesting. I’m still not clear about what of the premium colors were offered and how.

Peter Mac had commented in another thread about how they were ordered in lots of six I think? So the store had to decide on the colors that might sell, and then some other guitars, ST70s, were sent as well even though they didn’t order them.

Wonder if yours is a one of a kind?

Same with the pink colors. I never see those. I think there was a pink Goldstar in Ian’s book as well? Also an endorser picture in the spring 1982 catalog of a pink custom colored Springy.

Definitely not one of a kind because of the one Peter documented but probably very rare. It's the first one I can ever remember seeing myself. I have a Springy ST65R in LB too.
Top

Just spotted this oddball for sale in Japan. OWR, matching stock, what appears to be the remnants of a Super Edition decal and a seven-digit (possibly?) 1984 serial on the trem spring plate. Most Super Edition models are superstrats, you do see a few SSS models as well, but they all have the output jack on the body edge. This one seems to be basically a TSS-38/-40 minus the odd appointments. 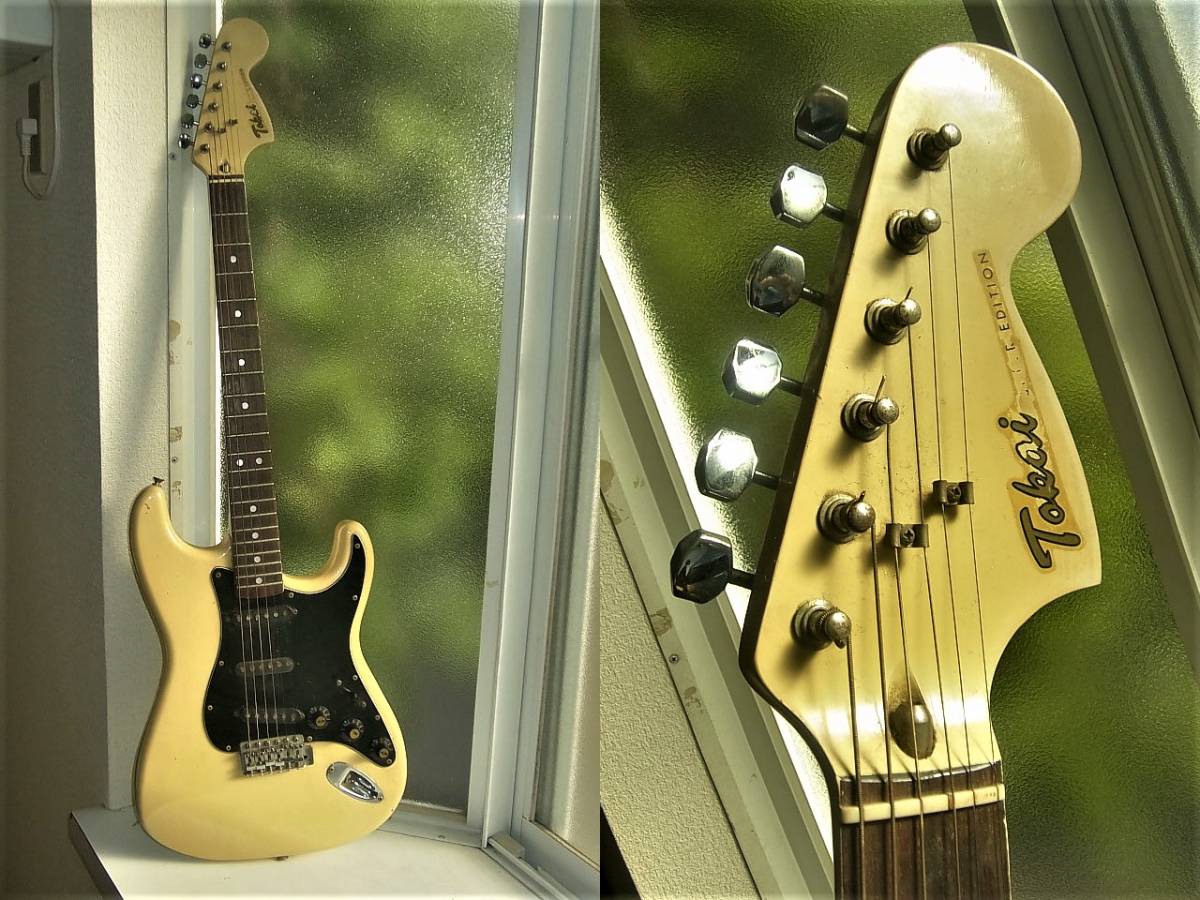 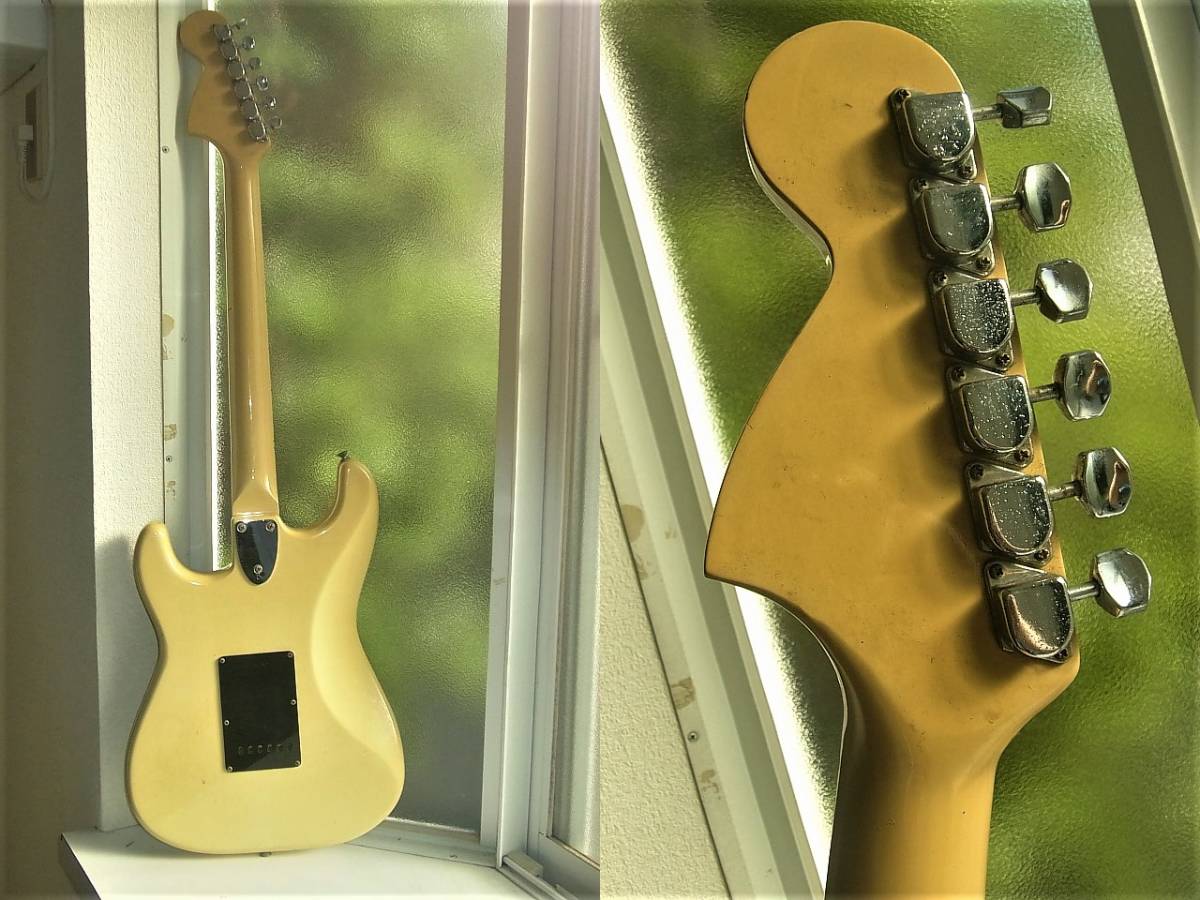 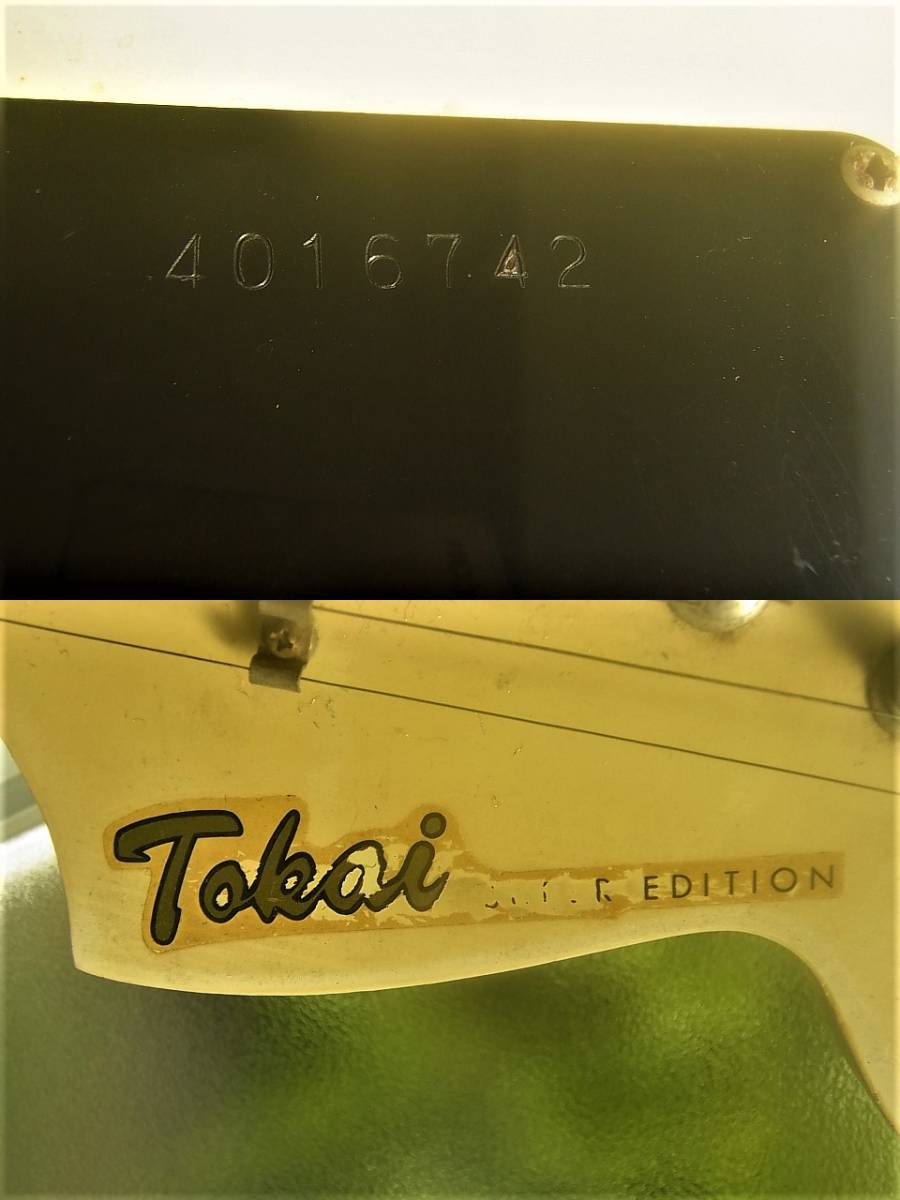