Gotcha..... surprisingly, there are a LOT of people in the states that are searching for quality made MIJ guitars because they realize the value and the workmanship against all of the non custom shop crap that Fender and Gibson are putting out. Myself, I'll never buy anything from them off the rack when I can still find a much better instrument made in Japan.
Top

marcus, you still get the usual in usa too lately?

You get the usual, it's not got Gibson/Fender on the headstock, so it's discredited as rubbish or not going to have the resale value as the former! Then there are the slow growing number of people that use their head and ears to find that the MIJ copies etc are as good and even better in a lot of cases.

Same here. But it's typically the kind of kiddo that doesn't knows what he's talking about.
I let them enjoy their concrete body Gibsons with holes in them made by a CNC machine, with their sterile pickups unless you paid ++4K dollars for one that will actually be decently made and fitted with decent PU's.
For me, the Tokai has real advantages. First of all, they are less likely to be stolen at shows, and they are cheaper to insure. Even if it happens, they are easyer to spot, because high quality Tokai's are rare. They are true custom shops instruments, and have the comfort and solidity you can expect with CS instruments, what is great for long tours.
Top

I can't speak to Tokai and marketing in Japan, but a common business model in America is to buy a brand that was built off of creativity and innovation and ride it for as long as possible. I believe these are called “cash cows” in the business world. Then spend heavily on marketing/promotion and getting new sales as you run the brand into the ground rather than focus on build quality.

So exploiting the reputation rather than building on it.

It’s the reputation which creates the follow up sales, but it has to be continually nurtured.

If you’re a corporation you’re under pressure to increase revenues. At some point businesses often cut costs to create the appearance of growth....

Another American business practice is that when you see your competition building better products than you are building, instead of improving your build quality, you try to eliminate them through legal action or hire them to build your products and then slap your label on them (Martin, Fender, etc.).

It all seems like coasting and running a good thing into the ground which eventually catches up to you.

There were major differences that became obvious between Japanese and American business practices along these lines in the late 70s early 80s. America was slow to respond and was producing garbage, cutting corners, not innovating, etc.

American automobiles didn't last long and the auto industry made money off of parts to replace the garbage that was breaking while Japan was following a different model and producing reliable cars that went for 200,000 miles with few issues.

Sorry to say that to this day, I will not buy an American car even though they have changed. That made a lasting impression on me and I have had Hondas beginning in the 80s followed by Toyotas, not willing to gamble my money on something that may not hold up. Probably not fair, but this stuff has a history and many of us have a memory.

We can get lots of Gibson and Fender guitars here in the states, but the majority of them sound like garbage in my opinion. Many made at low cost in an effort to bolster shareholders’ portfolios. You have to get Custom Shop pieces to approach the quality of the Tokais I have had in my hands (LS/ST/TE 80 and higher models).

Unfortunately UK Tokai prices don't really make any sense at the moment. Take the Tokai ULSS124S - Tokai's copy of the Gibson Les Paul Special - this is currently on sale in the UK for £1599 https://rosemorris.com/collections/toka ... -yellow . That's £250 more than the guitar it is copying https://www.andertons.co.uk/gibson-usa- ... psp00tvnh1....and the Tokai has a poly finish vs the Gibson's nitro finish.

And it's the same across all the models. The Tokai jazzmaster copy is currently more expensive than a Fender Original Jazzmaster.
Top

Interesting. All of my experience is with vintage Tokais.

I guess I have a few questions:

1. Are those guitars apples and apples? Hard to tell with painted guitars. The materials and construction can be very different under the paint. I don’t know, just asking the question.

2. Is it possible that the Tokai brand has built such a reputation that they are leaning on that re value of the product in the same way Gibson did?

Looking like option 2. They have allegedly commissioned Tokai guitars to their own spec, direct from China. So here we have all sorts of possibilities with spec and model numbers.

The Tokai and the Gibson I used as an example are broadly apples and apples. Both all mahogany construction with P90's - both guitars come with cases. I think the Tokai has a bone nut and poly finish while the Gibson has a Graphtec nut a nitro finish. I'm sure the Tokai is a fine guitar and that many people in a blindfold test might favour it over the original but favour it enought to pay an extra £250? I don't think so. Especially if you factor in the resale hit you'll take if you want to move it on.

Tokai still has a strong reputation in the UK so can support robust pricing but Tokai's reputation was founded on being better and cheaper than the originals they were copying. This is no longer the case. Companies like FGN, Eastman offer better value. Hell, even Yamaha looks better value at the moment especially if you're looking to pick up a semi acoustic. The Yamaha SA2200 comes in at £500 cheaper than a Tokai UES198 or save yourself a measly £200 and pick up an actual Gibson 335. Madness.
Top

FGN is a big unknown for me. I have read a lot about them and had several peoples asking me to post reviews of them, but I never had the pleasure to meet one.

We don't know the guitar you used pollo. So we can't really add anything, it may be.


but favour it enought to pay an extra £250? I don't think so. Especially if you factor in the resale hit you'll take if you want to move it on.

This is a point where a debate can be hold.
My Tokai LS196s (premium) costed me around 1'650 Euros new, 1900 if you count expedition from Japan and VAT. It's extremely cheap when compared to a Gibson RI60 that has less assembling care and worse wood quality.

Honestly, it would be ridiculous for me to sell it under 1'650 actual euros. This would make no sense at all in regard to instruments with the same fit and finish (navigator, momose, Gibson RI)... But yes, for the Tokais that are of the "vintage series", the price drop when bought new is surely a thing to look at.

Another example, a Tokai LS420 ordered over the internet costs 3'600 Euros. 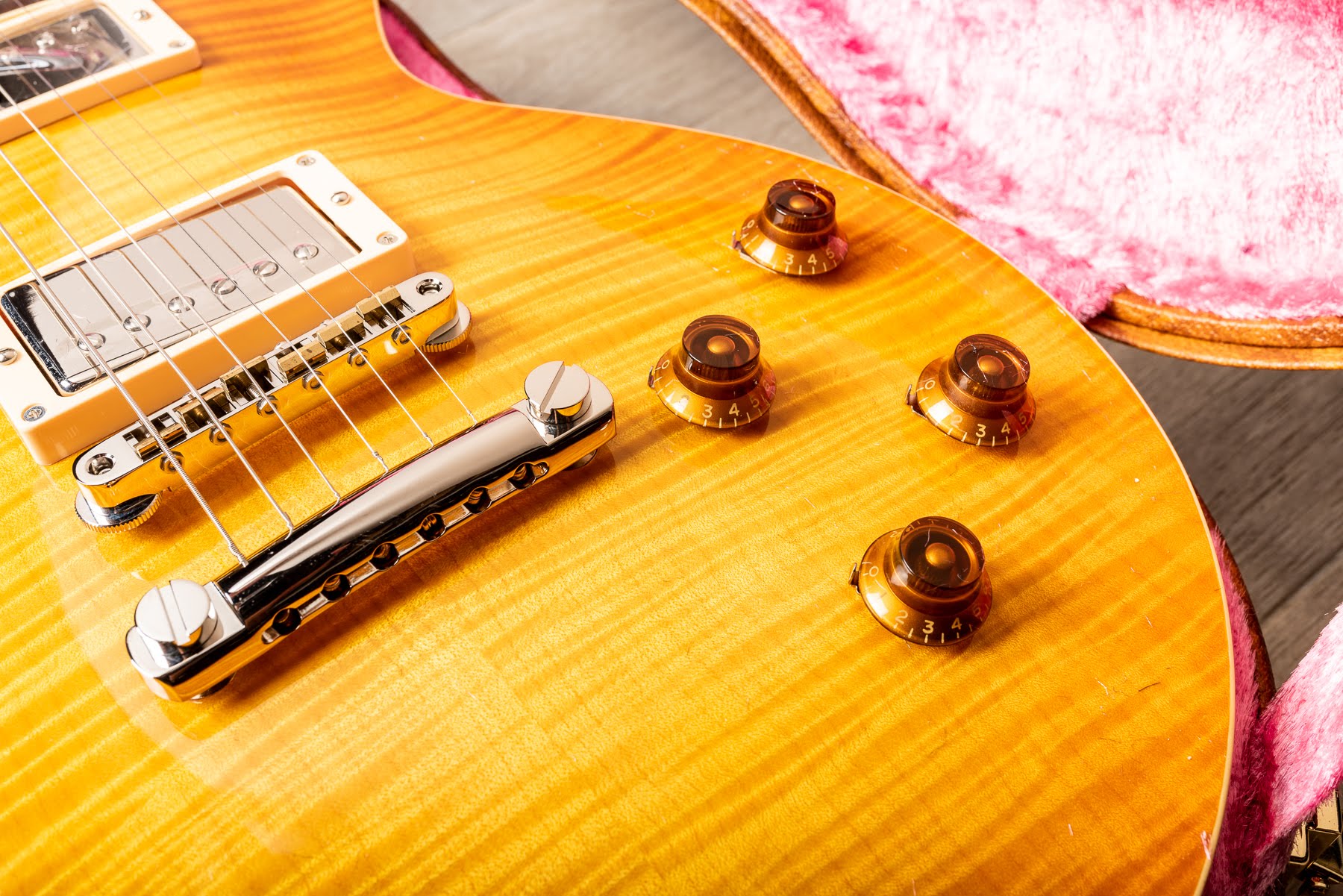 Peoples in the future will DEFINITELY be ready to pay that price for this quality of instruments. I don't know exactly why, but there is a fascination about good Les Pauls... and good clones from Tokai are highly searched on the market. Last summer, a member of the Tokai Facebook group sold his 80's LS200 for 7'500 $. He sold it in three weeks.
Top

Harima_San if the Tokia's in the UK were priced the same as the examples you gave then we wouldn't be having this conversation but a Tokai LS196s in the UK is currently 2,772 Euros: https://www.fretsguitarcentre.co.uk/con ... -Drop.html

This is, indeed, a complicating factor and you have my heartfell compassion for that.
So I hope, we will be able to concede that this problem isn't simple, and the point of view about it vary greatly depending of where you are located in the world.
Top
Post Reply
27 posts