I have been playing my decked out Squier SE for a few years now and I've been looking into an upgrade. A friend recommended to look into Tokais, as they're said to have surpassed Fender in all aspects. Now since I live in Eastern Europe and I'm a student, I can't really afford Springy Sounds, so I was looking at Goldstars (which for some reason are less expensive, perhaps someone could tell me why this is), or Silver Stars. Looking on reverb I came across the following listings:

So I have some questions (and sorry for being really new and possibly asking stupid questions, so I'd appreciate if anyone could help

1. Why is the Goldstar considerably less expensive? How can I tell if one's a fake?
2. Where could I see the exact specifications and dimensions for each model, and how to find exactly what model they are?
3. What exactly is the difference between the two?
4. And lastly, which one would you buy and why? Alternatively, which one do you recommend I throw my money at?

Thanks a lot for the answers!
Top

Not sure where to start…

The two guitars you linked were built 30 years apart at two different factories just for starters. 1981 in Nagano and 2012 in Hamamatsu.

Springys were made from 1977 until 1984 and then were called Goldstars.

Silverstars had the CBS era headstock, three or four bolt neck, and generally sell for less probably because CBS era Strats sell for less. Some deals there for sure.

Each model has a range of specs. As you go up in price the hardware, pickups, construction, finish, etc. changes.

Also, different models have different neck profiles and rosewood or maple fretboards were offered across the range.

Starting in 1984 the headstock shape changed from the Fender shape to a different outline in markets where Fender had sway. Most notably in the U.S.

So, not a simple question to answer.

Thanks a lot for the detailed response! At least I now know I definitely do not want that Goldstar, as it isn't vintage, so my option would remain the Silver Star. What do you think, how does a Silver Star compare to Springy Sound? How do they feel like, the string action, the playability? Do you happen to know whether they were fitted with steel block tremolos or zinc alloys?

In case I would need to upgrade it, would it be compatible with genuine fender parts? If that is the case, I may switch the steel tremolo block from my squier mod to the SS. I just want to know if it'd be an upgrade hardware, wood and playability wise to my heavily modded squier. Sorry if all these questions are draining or stupid, I just want to know whether it's a good idea to throw my money at these guitars!.

Thanks again for all the answers!
Top

You’re welcome. My understanding is that the trem blocks went from zinc to steel when the name changed from Springy to Goldstar. If not exactly then it was around that time.

I’ll post a link t a thread on Silverstars so you can see kind of the range on them.

Well I'm thinking of maybe changing the tremolo block if it's indeed a zinc one, and maybe the coils for some custom ones, and if the frets are too beat up perhaps switching them with some stainless steels as well. Although really I'm more interested in its playability, particularly if it allows really low action with no fret buzz, and how well it feels in the hand.

Initially I said that that particular Goldstar I posted was cheaper than the Silver Star I posted, but after finding out that it's made in the 2000s I figured out why that is. Unfortunately my budget doesn't even allow for a vintage Goldstar, so I'll have to resort to Silver Stars. I just hope they play well.
Top

OK. Not sure what your budget is, but I can share some general info.

The thread on Silverstars talks about the pickups used in them to some extent.

Early trem units were one piece, then there were detachable blocks. Not sure when exactly that happened and not sure if the hole pattern matches other mfrs?

I have seen many threads on this exact topic (trem blocks) on here.

My budget is pretty much the price of that SS38. I'll look into those threads, thank you! Also, why were SS38's, according to a catalogue picture from the Silver Star Gallery thread, the cheapest of the bunch? Sold for almost half the price of the SS60's or SS80's. Should I be worried of a decrease in quality? Thanks!

Also, the seller of that Silver Star says the body is alder wood, and the neck appears to be nitro finished. Is this possible for an SS38??? Is it even an SS38?
Top

So an SS80 cost more than twice as much new.

As you go up in price the features improve.

Look at the tuners, saddles, wiring (brass ground plates, cloth or plastic wrap wire), pickups, etc. as well as the number of pieces of wood in the body.

Also, the SS60 had a special neck, 4 bolt and maple lam board like Jimi's '66 I believe it was? They are pretty rare with the maple board and not cheap.

SS80s are also not so common.

Here's one on Reverb:

And to be clear, the Silverstar that you linked was not made by Tokai in Hamamatsu, Japan. It’s still not clear who built these (7 digit serial numbers beginning with 01, 11, or 21). They tend to be the least expensive models. Different routing, etc. Likely made in Nagano. Potentially by a subcontractor.

I would ask for pictures under the hood before I decided to buy it.

Sigmania covered a lot of ground here, but I thought I'd add a cent or two as well.

First: having owned 10+ of each through the years, I'd say the main difference between ST/TST and SS/TSS models from the player perspective is the neck. SS/TSS usually have narrower necks in my experience, often around 41.5 mm across the nut and U profile, sometimes pretty deep. One SS50 neck I had was just under 41 mm, which is a very narrow neck indeed. ST/TST tend to be 42,5 mm or thereabouts, with the profile varying with the model and vintage copied, U, C or soft V.
Mind you, there seems to be some randomness to it as well, and I haven't had all models, so it's not gospel. I would expect the rare SS60 1966 copies to be more like early-60s STs/TSTs with a C-profile, and the one 1981 Nagano-made (by Fujigen, in my opinion) SS36 I've had was abt 43 mm across the nut.
Otherwise, I find them quite similar. The Gotoh grey bobbin family pickups are somewhat similar in character regardless of how they they're stamped (or not). Are the Kluson-style tuners of ST/TST models functionally better than the Fender F copies in lower-end SS/TSS? I wouldn't say so. Sure, the cast bridges are not that brilliant, but they're copy-correct and anyway, STs had them as well before 1982, albeit with pressed-steel saddles.

As for any basic quality differences between models, I wouldn't sweat it. In my experience, MIJ instruments were made to a single basic standard of woodworking, the differences between models are about materials, hardware, pickups and finish, not basic playability. I've never seen a low-end Japanese instrument with any real sign of the standard of workmanship somehow having been dialed down. And the consistency is mind-blowing imo, they must have had ninjas as QA staff. Get a low-ender you like playing, then mod it with the bits you prefer (or not) and you're all set.

Either way, the ranges are there, and the top models are generally at least twice as expensive as the entry-level ones, I guess the market simply expected it. The 2k JPY price difference between the 38 and 40 SS/TSS models is especially ridiculous, as far as I can tell it's just about 1976-style black plastic on the 38 and 1972-style white on the 40. Which as far as I can see just reflects the Japanese market's (Silver Stars were not normally exported) taste in terms of the desirability of the originals.

If you look at the guitars on offer (not just from Tokai) the price range-based business model must have caused the manufacturers problems in terms of Fender copies. I mean, if you go all in to replicate a '59 LP Standard with all the details and rare materials of the original, you'll end up with a very expensive guitar without even trying. Fenders are so intrinsically simple that the Japanese brands often ended up either over-blinging the top models in an "unrealistic" way (the eye-wateringly beautiful and very rare TE-120 "Arabesque" Breezy Sound being a prime example) or shipping them with the after-market parts in vogue at the time factory-installed. The SS/TSS80 is a good example of that, with brass nut and bridge saddles and DiMarzio FS-1s. But does it sound or play better than a 38? Sure, the nitro finish feels nice, but other than that, I'd say it's a matter of taste.
Top

I will have to say that every single vintage Goldstar Sound I have owned had a steel tremolo block.
You won't find that with Springys which typically had zinc blocks, with the exception of a few of the later examples.
For vintage ST it's Goldstar for the win in my book.
YMMV
Top 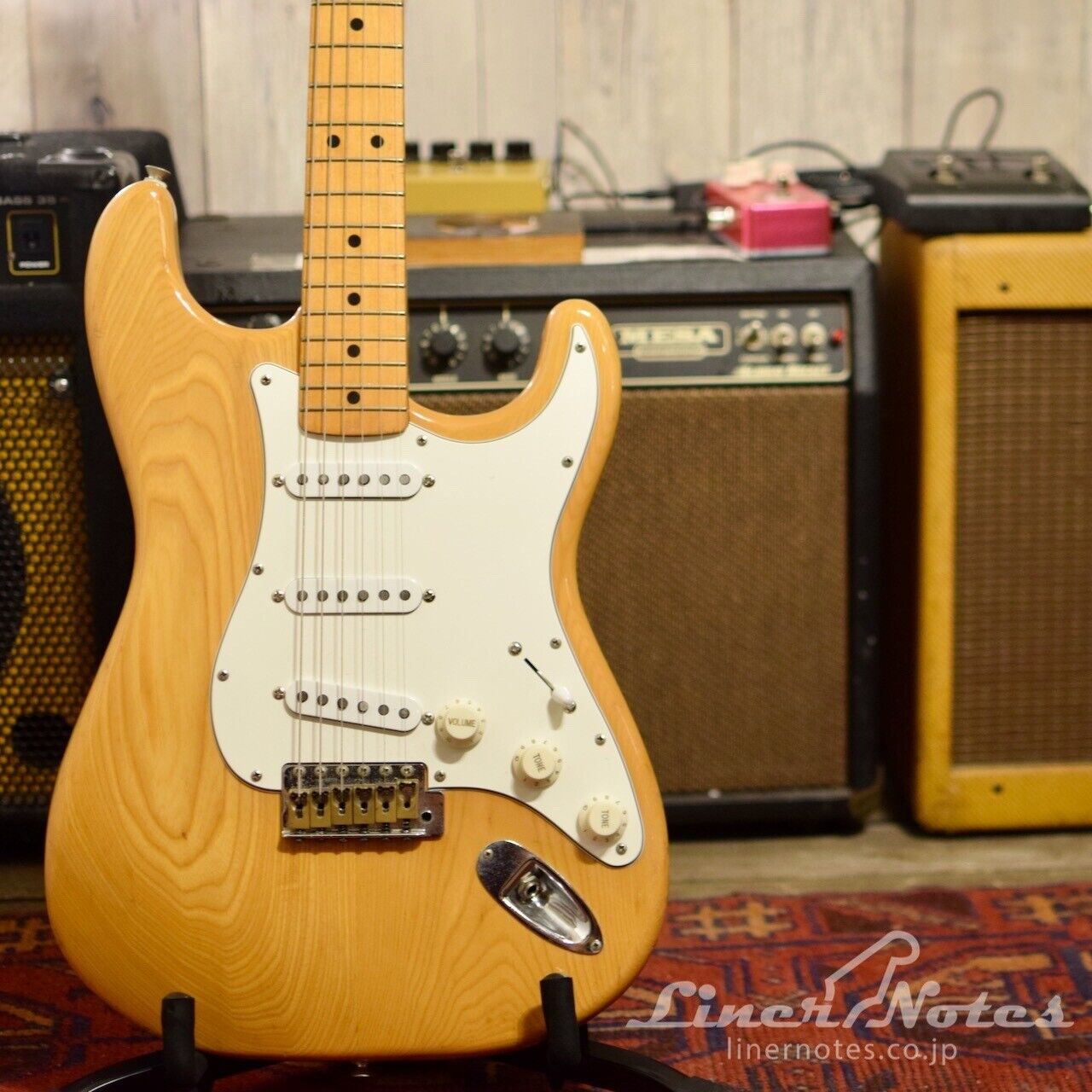 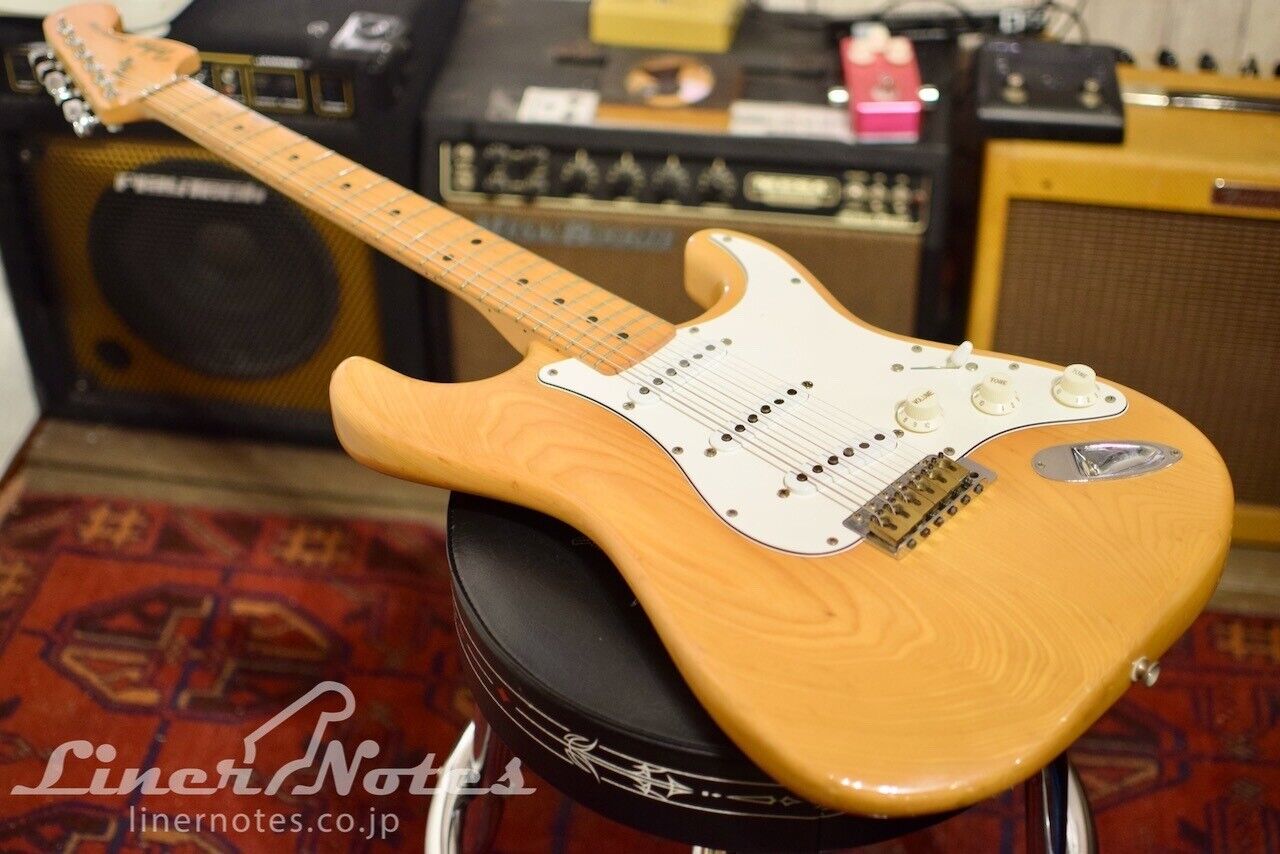 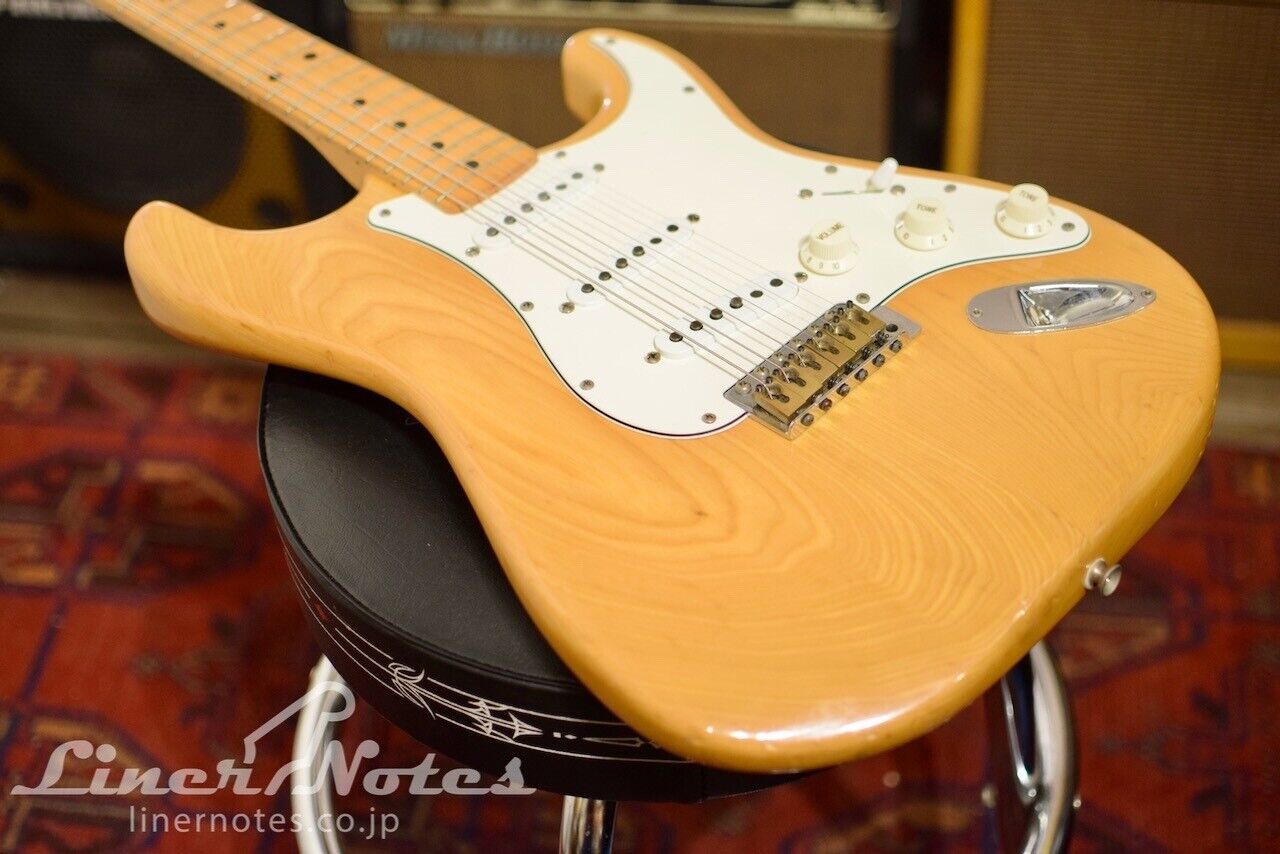 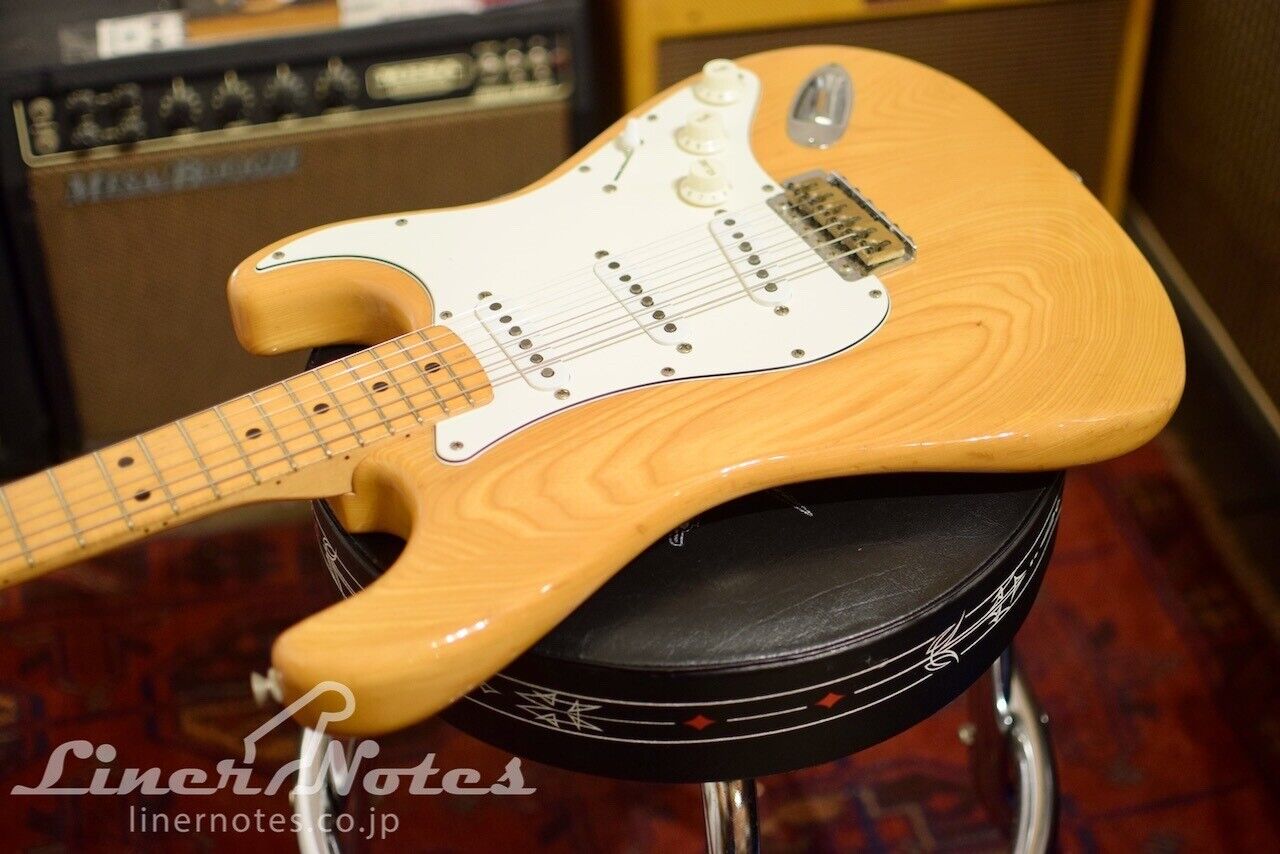 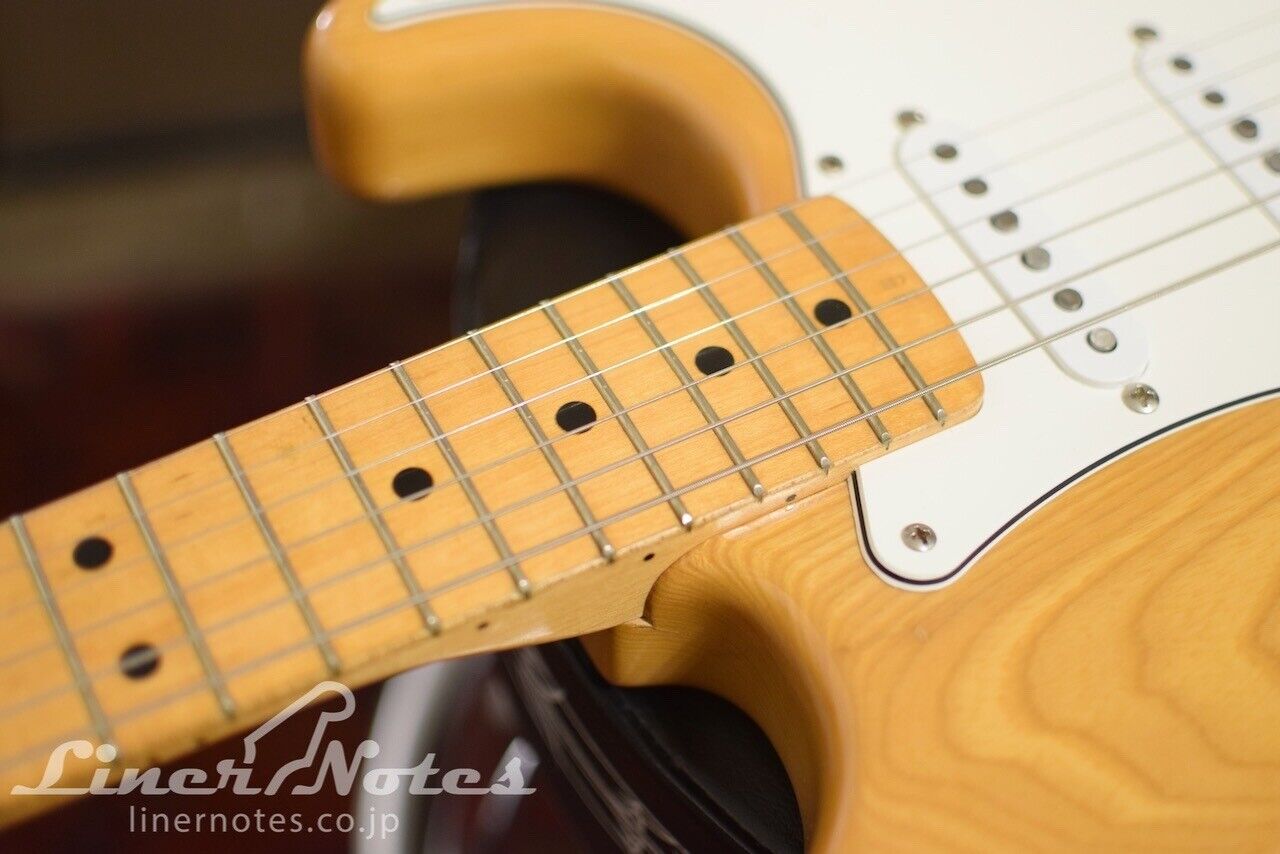 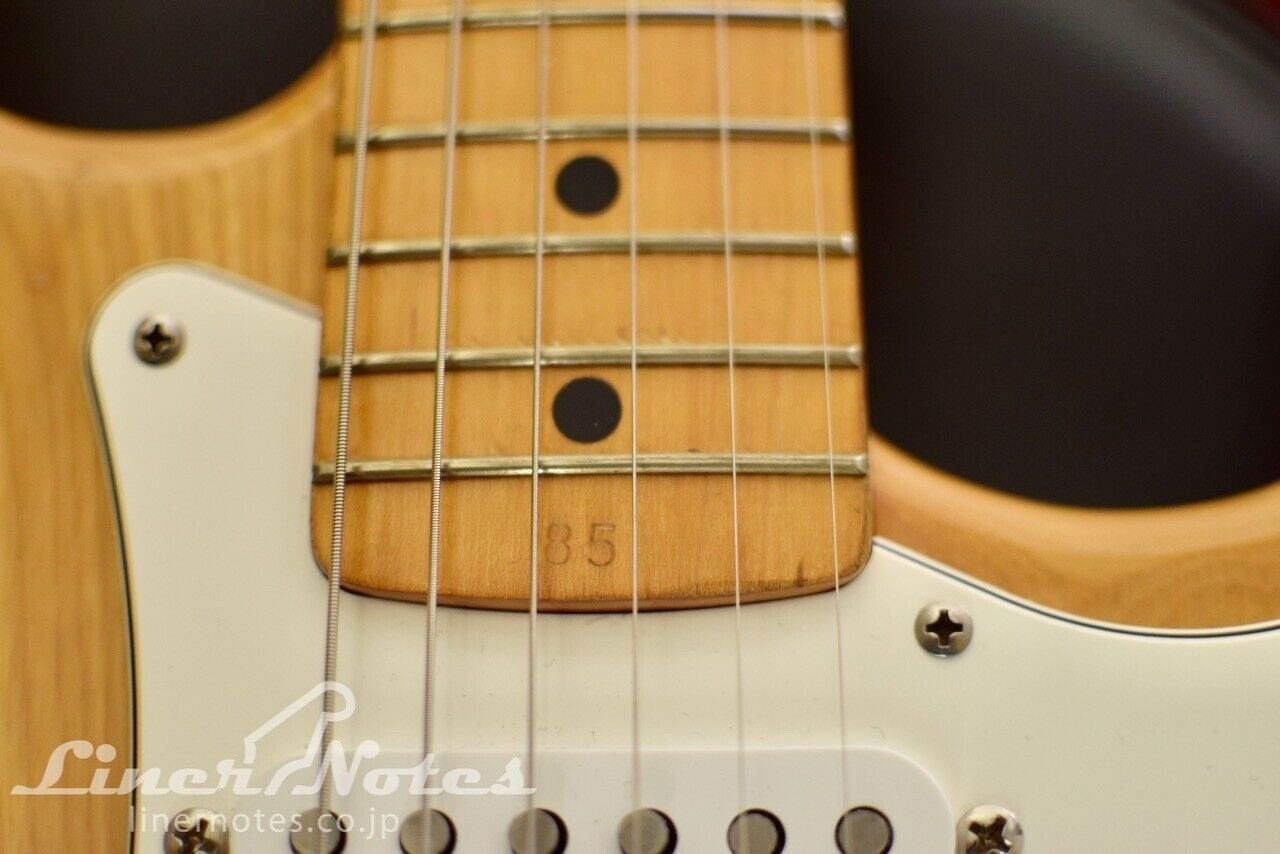 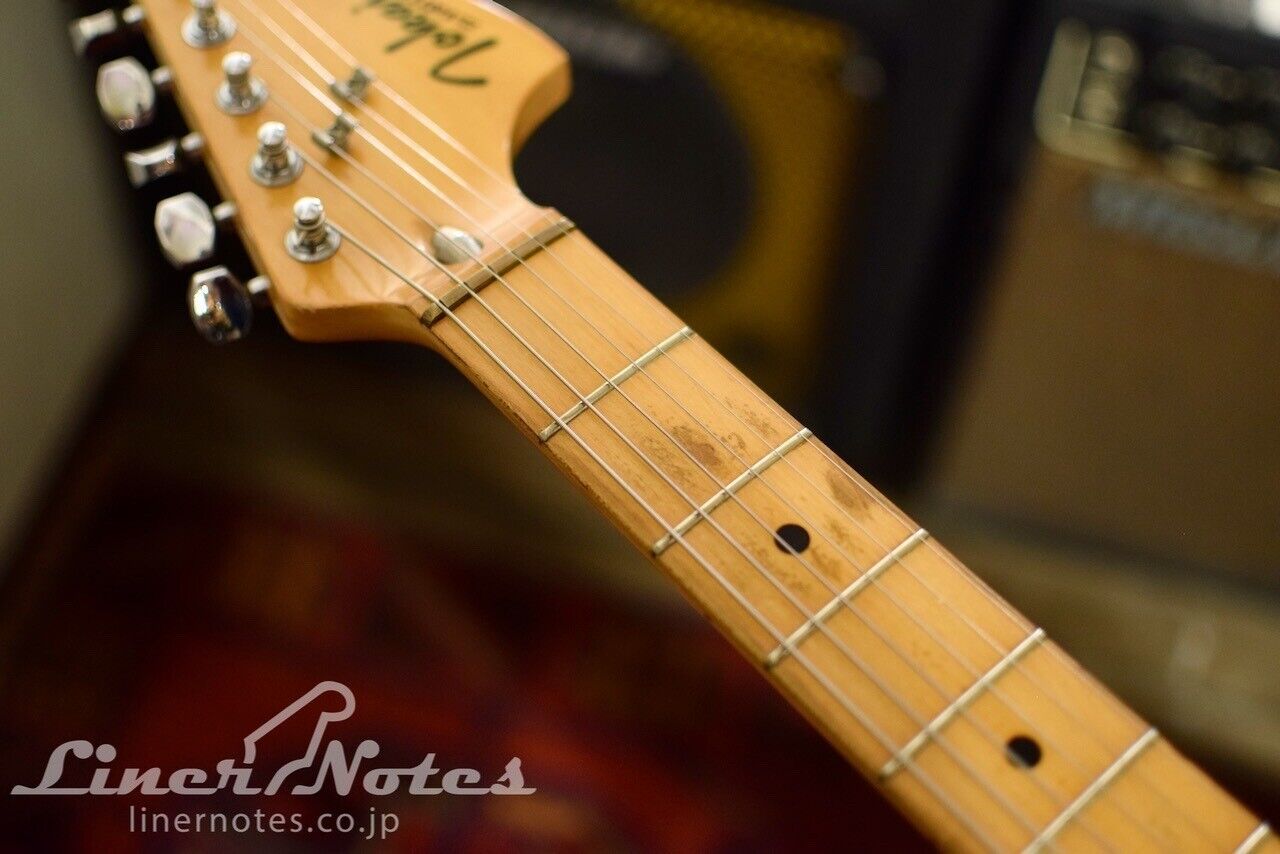 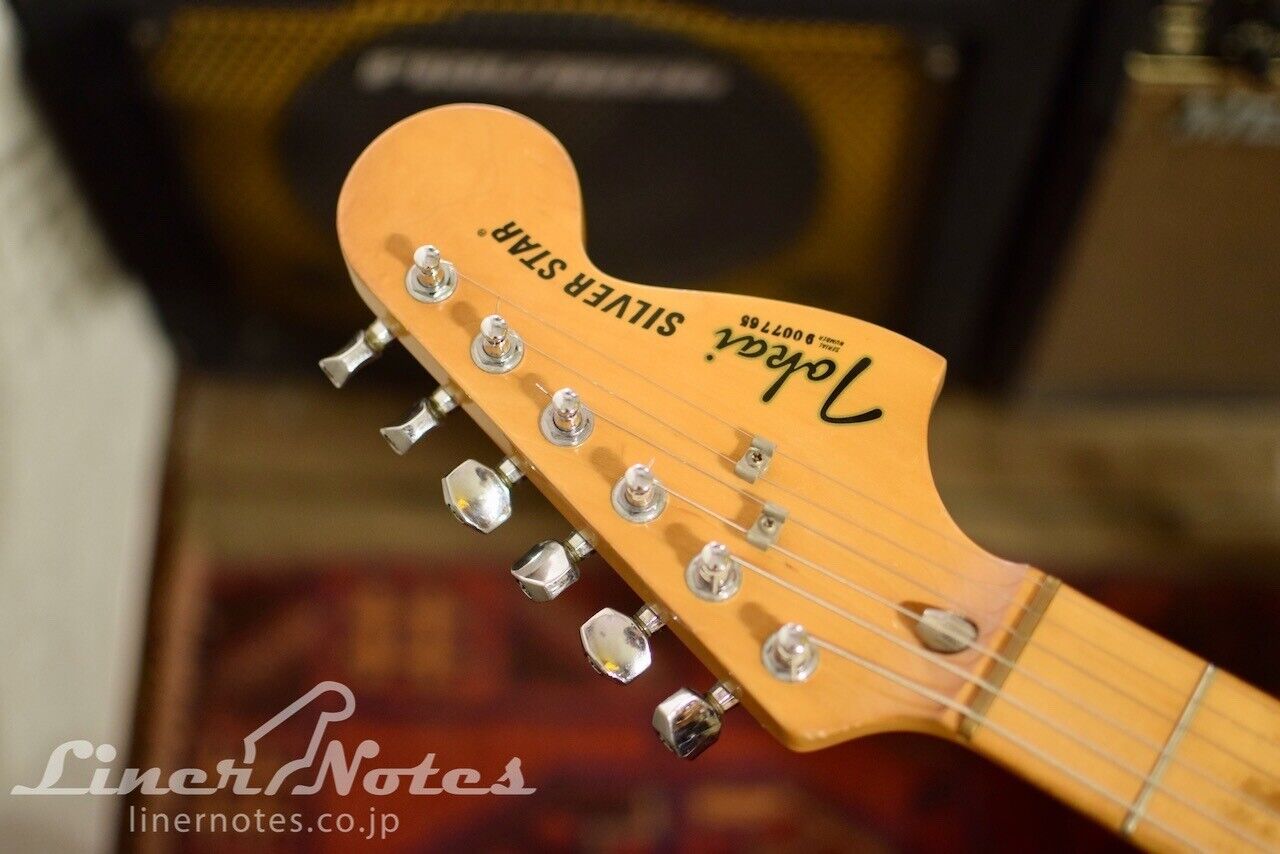 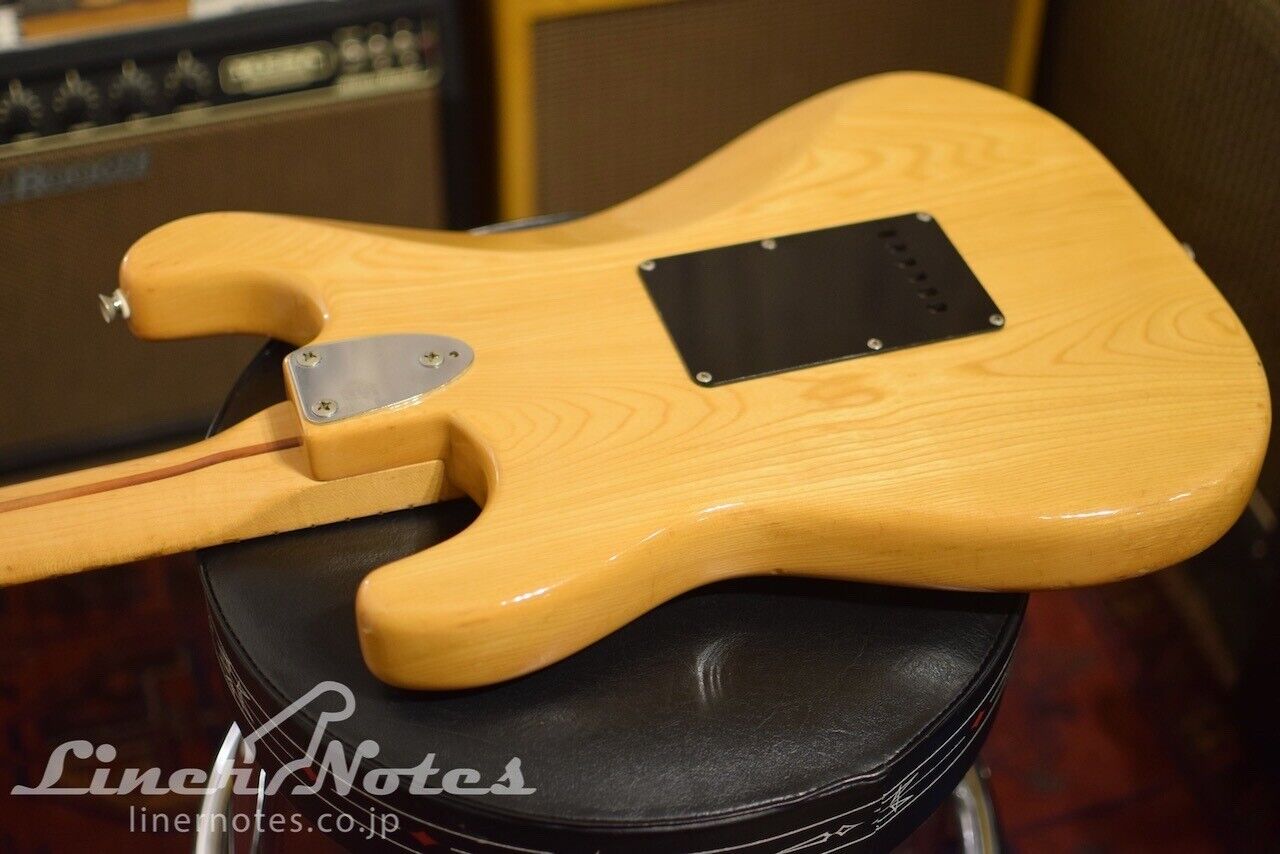 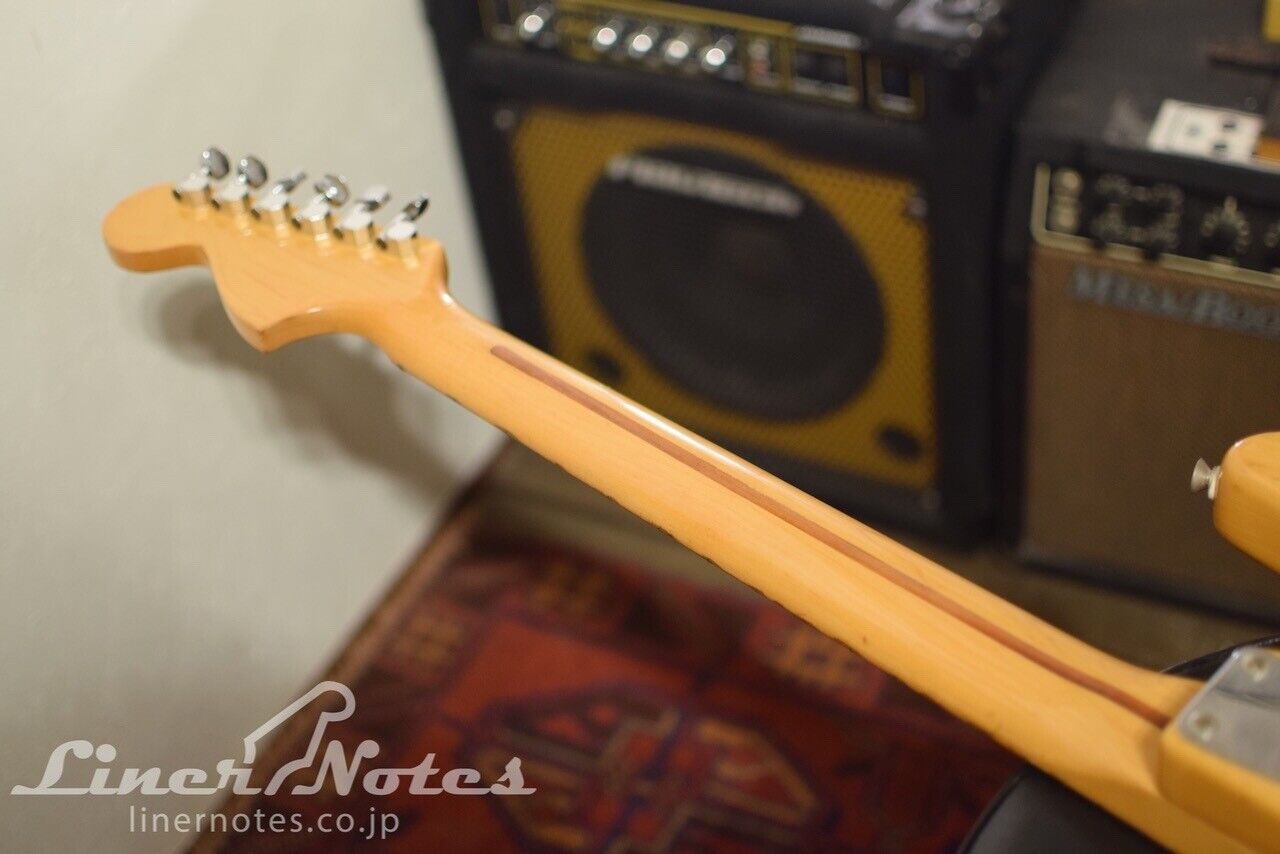 Is the tremolo block in the SS80 brass??

It looks like it is in the SS70S Limited? 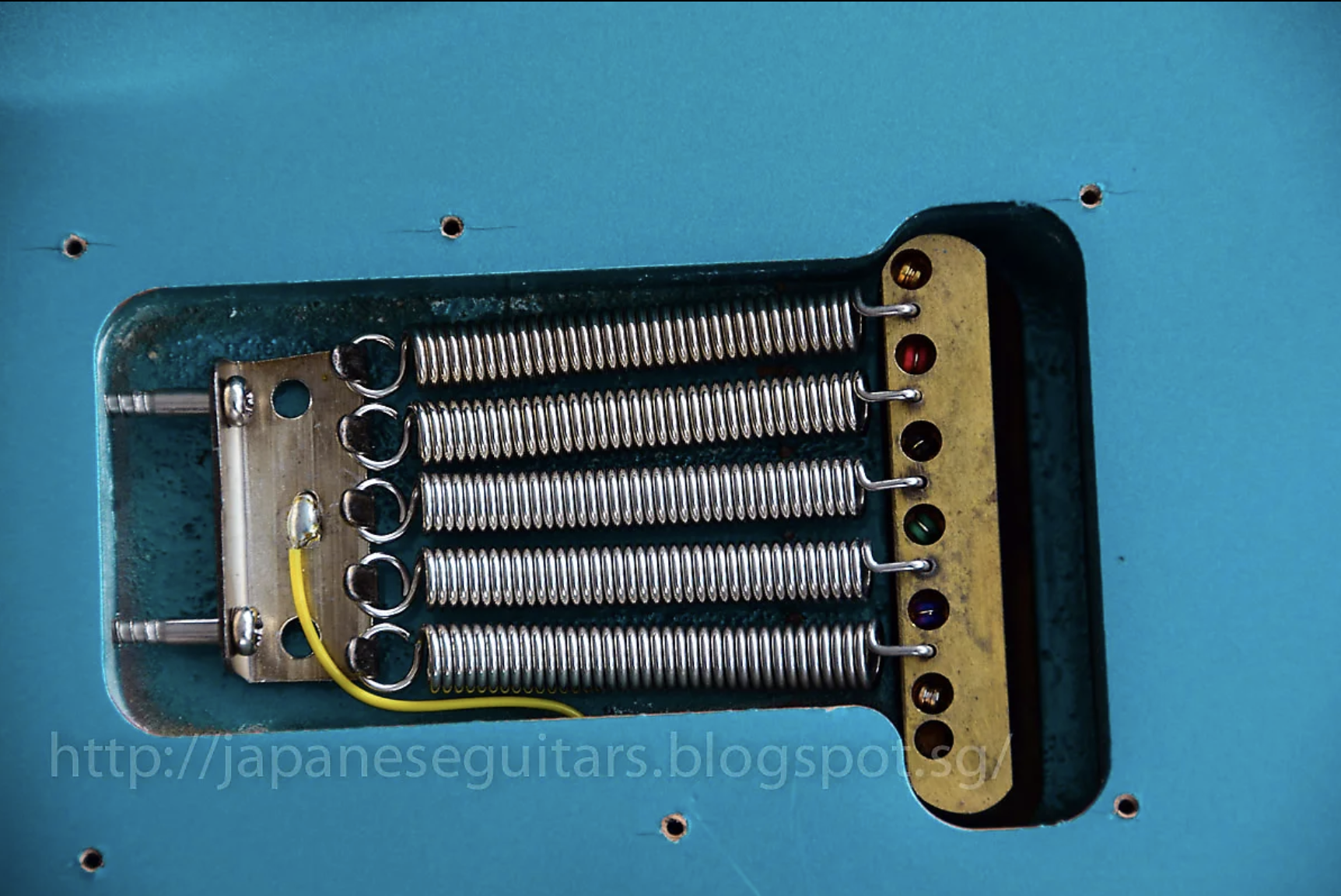 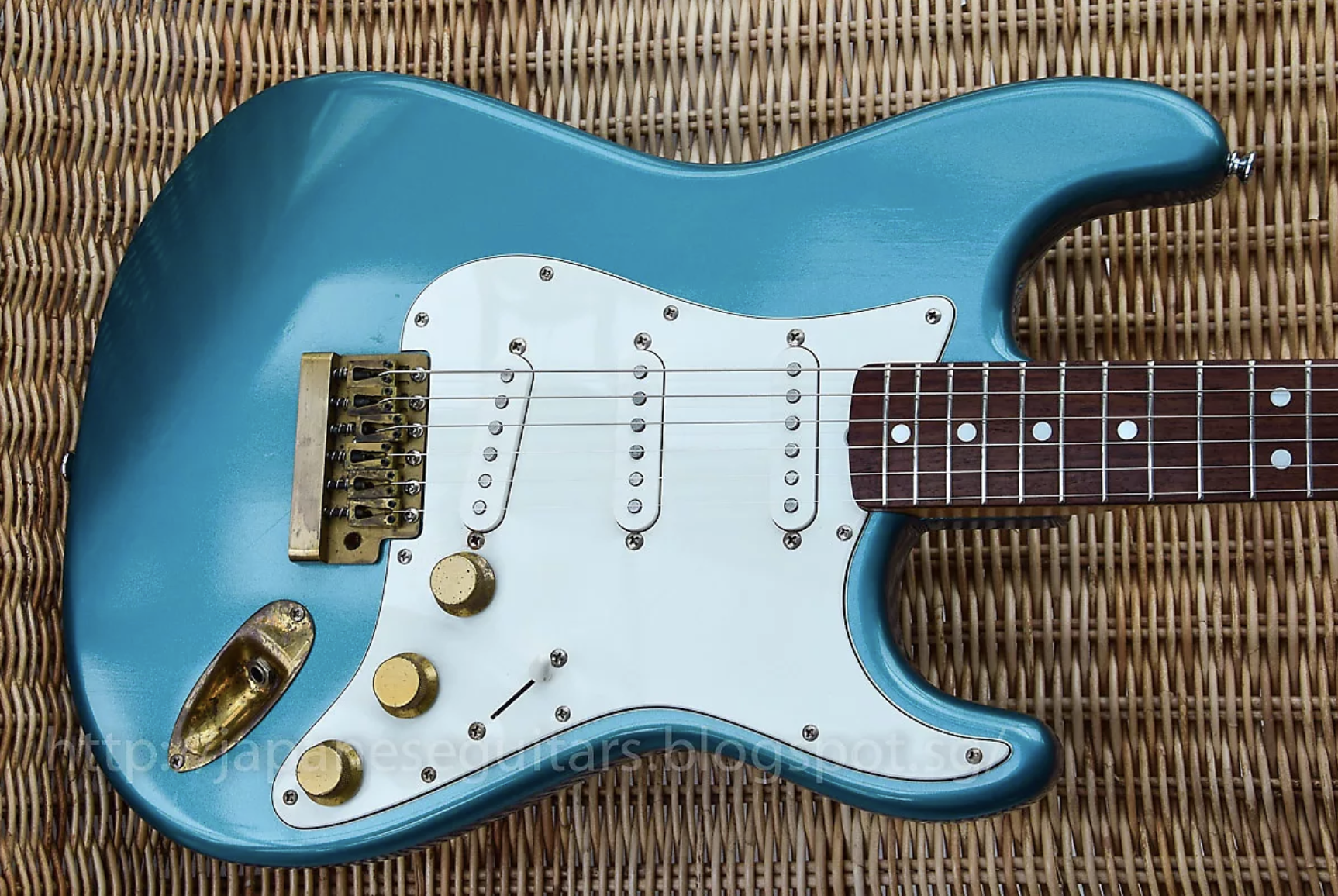