I'm back on this forum after a couple of years. I recently saw a bargain for a nice black Burny Les Paul Cusom and just couldn't help myself and pulled the trigger on it. It was about 700$ including shipping, a hard case and Dunlop Straplocks (which I promptly exchanged to Schallers).

Seller (not a dealer, just a private user) said it's a 1989 with VH-1s. From the very beginning I knew that's probably not right, as the majority of users around here don't really know their sh*t, but it's a MIJ Burny LPC nonetheless, so I couldn't go wrong with it. I came to the conclusion that it's from 1994. Here is why. No stamps or numbers on pots, no winged TRC, and most importantly: grey shielded pickup wires and philips screws on bottom of the pickups (indicates a 1989-1996 VH-1), serial printed in the bridge cavity starting with 4. Would you say that's correct?
I have a lot of photos in the album below

Album with a lot more: https://imgur.com/a/4mQ2n (sorry, it seems that the embedding code doesn't work here)

As you can see it has a (rather botched) finish repair done, but I don't really mind, especially that it contributed to the nice low price.

I must say, I didn't expect it to sound better than my 1996 Orville, but it does. At least that's my impression, as it's hard to say with the two guitars having different string gauges (12s on Burny, 11s on Orville, I play in C std) I also really like the pickups, although I know these are not the "original" vintage VH-1. These have a pretty high output, def higher than the Burstbuckers I have in the Orville. Another thing I love about the Burny is the long travel bridge. Tbh, setting the intonation on the Orville with 12s was impossible. The G string saddle just wouldn't go far enough. I'm not having this problem with the Gotoh bridge.

Frets are not very worn, but I don't really like their tiny size. However I'd rather play the tiny frets than get rid of the fret edge binding.


PS - I wanted to share it on japanaxe too, but i keep not getting the activation email and mods didn't respond to my messages about that.

PPS - here is the whole japanese part of the family 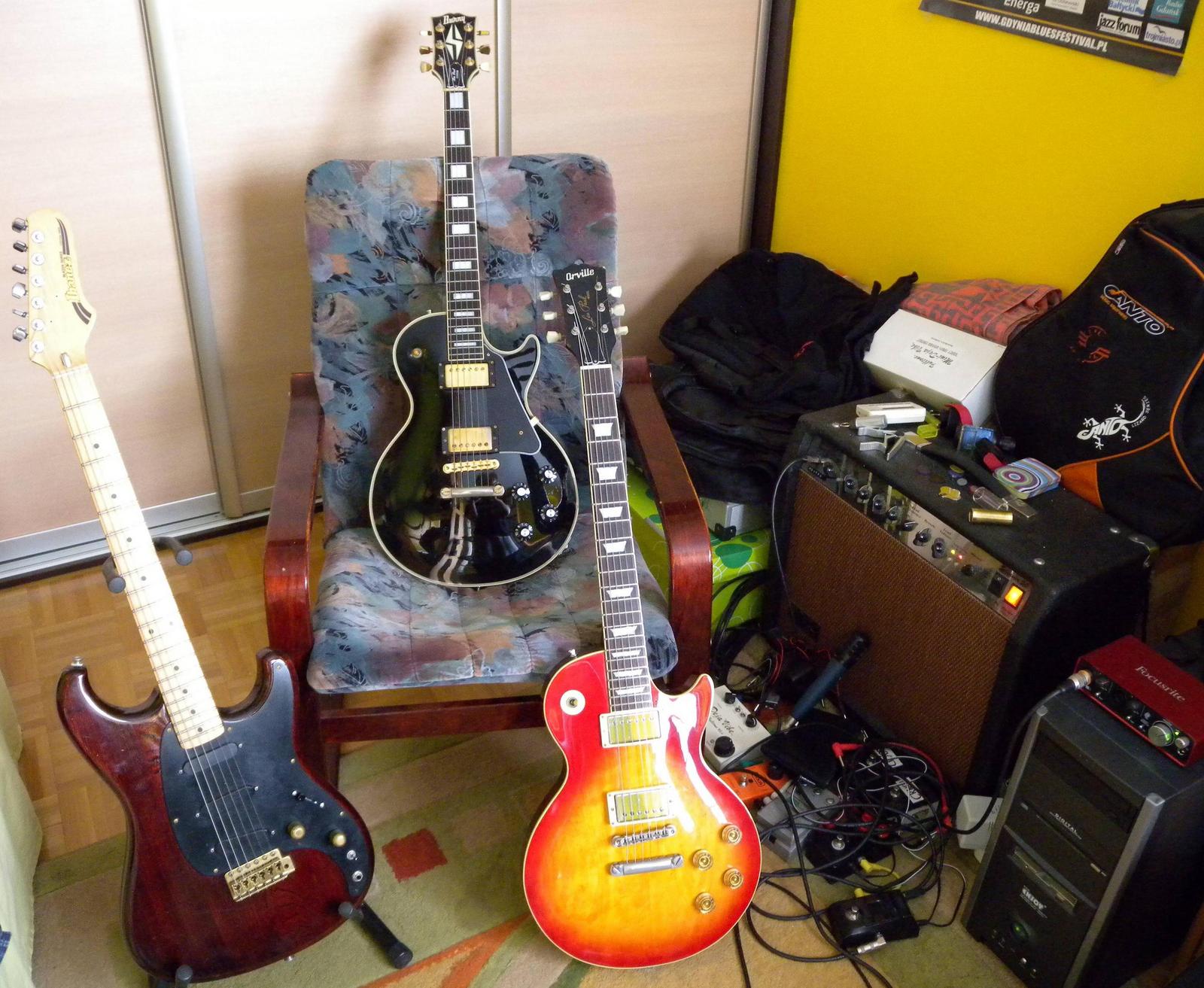 Yep the number specifies the date of manufacture and the lightening bolt inlay dates it to 02 Dec 1994.

Pots, caps, trc and bridge have all been changed out.
Top

LPjunior wrote:Yep the number specifies the date of manufacture and the lightening bolt inlay dates it to 02 Dec 1994.

Pots, caps, trc and bridge have all been changed out.

Pots and caps seems original. Noble ones for this era.
Top
Post Reply
3 posts • Page 1 of 1